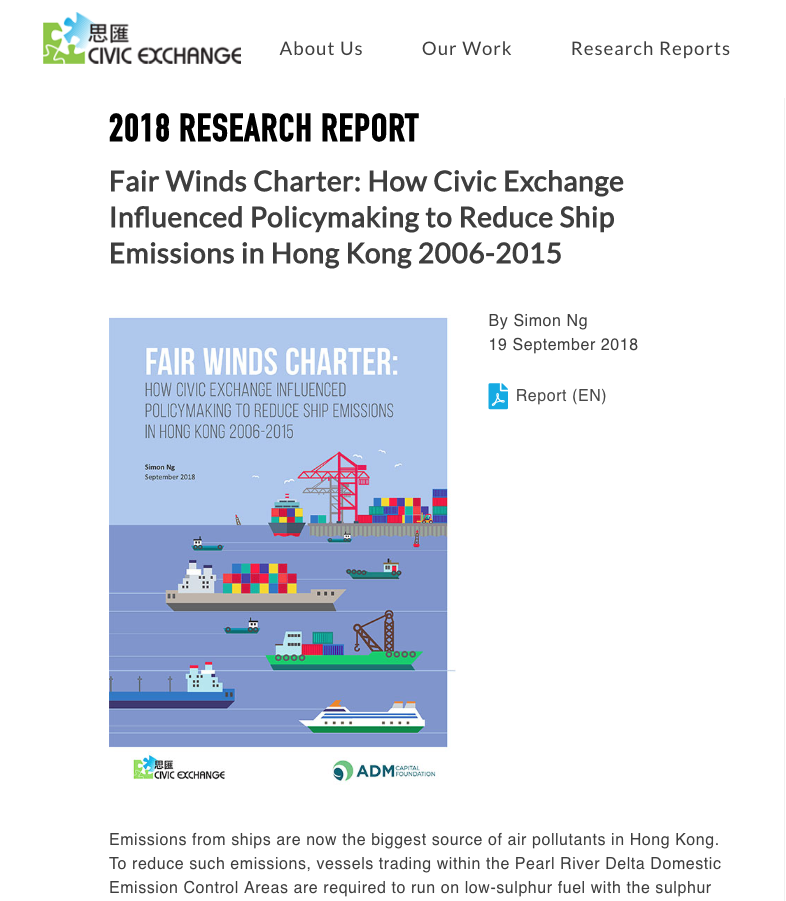 From May – September 2017, I worked with Civic Exchange to migrate their reports database to WordPress. Their system was old and no longer working for them. In fact, the server went belly-up just after I began this project. We made attempts to get it running, but elected to instead move forward.

We migrated all the data via sql dumps and a custom script to import it into WordPress. The information had partial Chinese translations. There were roughly 3000 reports and accompanying PDFs and images. All of this needed to make its way into WordPress.

We developed custom post types for the reports, annual reports and news. A big reason for this development was to enable Civic Exchange to have more control over the information they published, beyond their reports. They wanted to be agile and produce lots of articles and news that could be further shared on social media. WordPress was the perfect environment for this.

Since we completed this work, Civic Exchange hired a design firm to change the theme and design. WordPress and a strong structure enables this kind of transition.

Migrating an ageing and broken database,  importing thousands of reports and their media, in two languages, into WordPress.